The Pentagon realizes that there is a big problem in the US as the border crisis continually worsens. Now they feel the need to do something. No, they don’t want to stop the invasion by tightening border security. Instead they are going to send 320 troops on a mission to the border to feed and care for migrants who have illegally crossed. 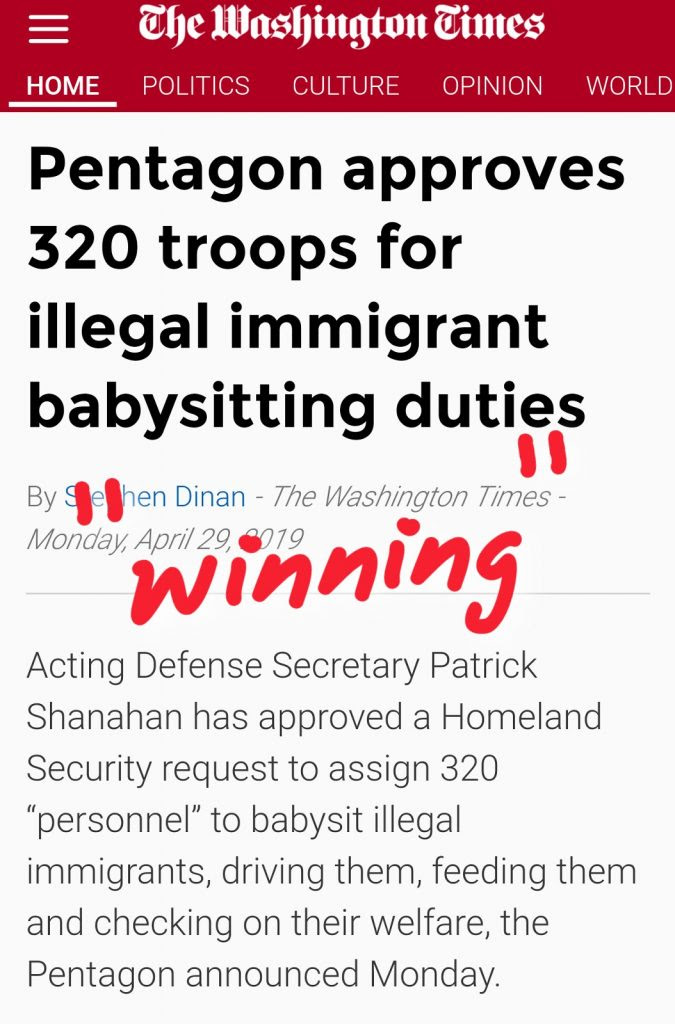 The Pentagon will be spending $7.4 million of taxpayer funds on the mission, which is admittedly chump change for an organization that cannot account for $21 trillion.
The US troops will be on the southern border helping Customs and Border Protection (CBP) and the Immigration and Customs Enforcement (ICE) in their current duties of caring for illegal aliens.
The DHS has requested additional aid to deal with the “humanitarian crisis.” Apparently they are not concerned with the crisis being caused by having wave after wave of the dregs of Central America causing havoc in American communities, thanks in part to the catch and release policies being mandated from above. They are far more concerned with getting MS-13 gang members into their jammies, tucking them in at night and making sure they feel comfy and cozy.
Okay, maybe I am exaggerating their babysitting duties a little bit, but the absurdity of this situation is simply incredible.
320 troops approves babysit illegal border crossers pentagon