Johann Gottlieb Fichte on the Jews (1793)

A mighty state stretches across almost all the nations of Europe, hostile in intent and in constant strife with all others, and which in some, presses down awfully on the citizens; it is jewry. I don’t think – and hope to illustrate this in the following – that it [jewry] be so awful through forming a separate and so tightly chained-together state, but rather, because this state is built on a hatred of the entire human race.
From a people [jews], whose lowliest traces his ancestors to higher origins as we others do with our entire history […], that in all other peoples sees the offspring of those who they chased out of their effusively loved homeland; who have damned themselves (and are being condemned) to doing petty trade that slackens the body and deadens the spirit to every noble sentiment, that through the blindest of humanity’s possessions – through its religion – is excluded from our banquets and joyous drink, and from the sweet exchange of cheerfulness from heart to heart, with us; that into its duties and rights, and even all the way to the very soul of the all-father segregates us others from itself, – of such a people [jews] we should demand something other than that which we see: that in a Nation, where the almighty king may not take my fatherly hut away, and where I maintain my rights against the all-powerful minister, the first jew can plunder my possessions as he sees fit, without punishment.
All this you observe yourselves, and can’t deny it, and speak sickly-sweet words of tolerance and of human- and civil rights, while you injure our foremost human rights; can’t seem to quench your loving acquiescence towards those who don’t believe in Jesus Christ, even after all the titles, ranks and honorary positions that you give them, meanwhile you publicly denounce those, who do not believe the same as you do, and take their civic dignity and honorably earned bread. Are you not reminded here of the state within a state? Aren’t you struck by the comprehensible thought, that the jews, who are independently of you part of a state that is firmer and more powerful than all of your states, – that if you give them citizenship as well, will utterly trample on all your other citizens?
Source:
“Beitrag zur Berichtigung der Urteile des Publikums über die französische Revolution”, p. 149-150, sämmtliche Werke, Sechster Band (1875); first published 1893
Link: https://archive.org/details/bub_gb_QAWaYC-6K00C/page/n163 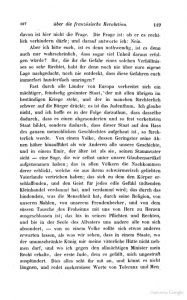 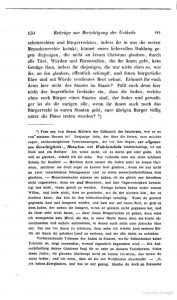 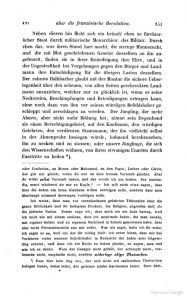 I will be unable to make any posts for a period of about 4 weeks as I will be temporarily homeless, living in a hotel for a few weeks as I transition to the next stage of my life.  As a result, I will not be able to make posts to this site as my source of work for this site will not be available to me as my gaming all in one machine will be packed up among my other belongings.  When I return at the end of the month in September, I will return to my usual postings and even write a personal narrative about my recent struggles for the past 8 months.  Until then, keep me in your thoughts and prayers and know that I love you all!  May God continue to bless everyone on this earth and watch over all human beings!
Read more