Trump’s DHS secretary crumbles when asked about the trauma of family separation: ‘I wasn’t familiar with the term’

Department of Homeland Security Secretary Kirstjen Nielsen on Wednesday crumbled under a line of questioning about the traumatic effects of family separation on children, before being chided by House Homeland Security Committee Chairman Rep. Bennie Thompson (D-MS) for “editorializing” in her response.
The questions came from Rep. Lauren Underwood (D-IL) who requested yes or no answers from Nielsen about her knowledge about the impact family separations could have on children.
“When you officially began family separation in spring 2018, were you aware of research showing it causes trauma that can do both immediate and long-term damage to children’ health?” Underwood asked.
“The information I was aware of at the time was that the trauma is part of the journey to come up to the border illegally,” Nielsen said.
“Again, we’re asking for yes or no answers, ma’am,” Underwood replied before asking is Nielsen was familiar with research connecting the trauma of family separation to “something called ‘Toxic Stress.’”
“I’m not familiar with that term, no,” the secretary admitted.
“Were you aware Toxic Stress can actually change a child’s brain, because it is still developing?” Underwood asked.
“I wasn’t familiar with the term,” Nielsen replied.
“Okay, were you aware that the effects of these traumas are cumulative, that they get worse the longer the trauma goes on?” Underwood pressed.
Nielsen appeared flustered, asking for a chance to “clarify” because “we’re missing a bigger point here.”
“Were you aware that the traumatic effects don’t go away, even if the child is reunited with their family?” Underwood continued.
“I understand that they are…” Nielsen began, before saying, “no.”
“From what I’ve heard today, I’m not sure if DHS was so negligent they didn’t know how traumatic family separation was for children, or if they knew and did it anyway,” Underwood said in closing. “In my opinion both are unacceptable.”
Nielsen requested time to “put this in a brief context,” but Thompson refused.
“Madame secretary, editorializing is not part of the rules,” Thompson said.
Watch the full video below:

Aaron Rupar ✔@atrupar
· 11h
Replying to @atrupar
OMG. @RepClayHiggins is comparing migrants and asylum-seekers trying to cross the southern border to the Allies' D-Day invasion to liberate Europe from the Nazis. 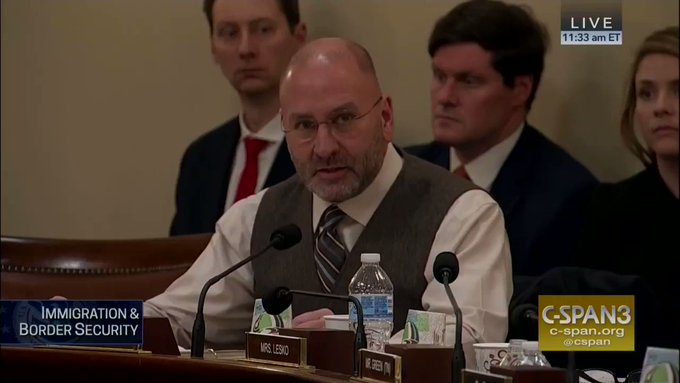 Aaron Rupar ✔@atrupar
Under questioning from @RepUnderwood, Nielsen admits she was broadly unfamiliar with research indicating kids are traumatized by being separated from their parents before DHS implemented its "zero tolerance" policy pic.twitter.com/tGWnIOQm9S
6,075
10:42 AM - Mar 6, 2019
Twitter Ads info and privacy 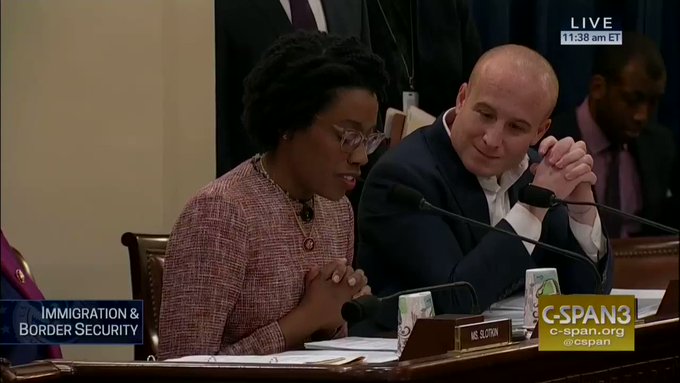 3,273 people are talking about this

Aaron Rupar ✔@atrupar
· 11h
Replying to @atrupar
Under questioning from @RepUnderwood, Nielsen admits she was broadly unfamiliar with research indicating kids are traumatized by being separated from their parents before DHS implemented its "zero tolerance" policy

Aaron Rupar ✔@atrupar
REP UNDERWOOD: "From what I've heard today, I'm not sure if DHS was so negligent they didn't know how traumatic family separation was for children, or if they knew & did it anyway. In my opinion both are unacceptable."@BennieGThompson then chides Neilsen for "editorializing." pic.twitter.com/iEVprRnAHE
5,813
10:48 AM - Mar 6, 2019
Twitter Ads info and privacy 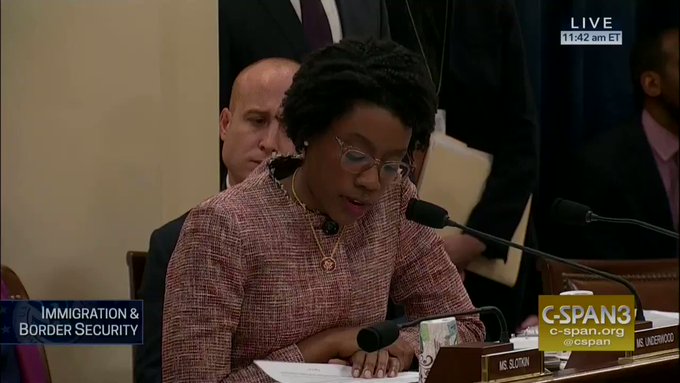 1,828 people are talking about this