Well, it’s time to stop shitposting and time to make a real life effort post. I will carry out an attack against the invaders [Muslims], and will even live stream the attack via Facebook link.” ~ Brenton to 8Chan

While Gaza gets bombed to hell by jewish supremacists (who celebrate the Hebron massacre committed by Baruch Goldstein), we have what looks like yet another fake shooting. Sometimes it’s extremist Muslims who are blamed in these Mossad operations, and other times it’s the White nationalists who take the heat, such as in this case. It’s over the top, filmed in 1st person shooter format, and “live”streamed on Facebook, so that people really believe what they are seeing is real.
Is there a slight possibility that people were actually murdered? I find it doubtful, to be honest. The piles of bodies, the turning of the camera when people are being “shot” in the corner, the lack of bullet holes in the walls and blood splatter on the bodies, and the “cui bono?” all make me think that this is a psychological operation. 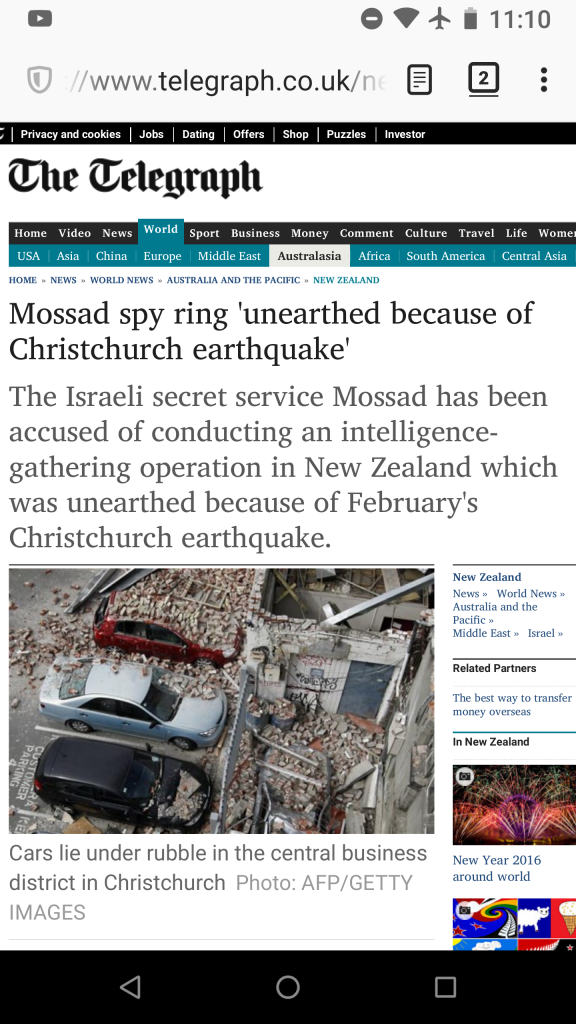 Israelis want us to look the other way regarding the 200+ Palestinian protesters they murdered this past year while they were unarmed in their own land! They want the Muslims to hate White people so that they team up with their jewish oppressors to fight “hate” together. And, of course, they want us all disarmed, so that our 1st amendment rights here in America (or at least whatever we have left of them) are able to be trampled over with little to no resistance.
It is essential that we demand proof that these events actually took place before jumping to conclusions. We should NEVER assume the media is telling the truth about anything, especially in events where people like us are painted as terrorists, as existential threats to the civilized world. However, we also need to call out the psychological operations wherein we are told a Muslim (like in Nice, France or Orlando, Florida) went on a mass murder spree. We should not pick and choose which stories we accept as real simply because it helps our narrative at the time, as it will come back to bite us in the butt later.
“Our” governments have been committing false flags and staging terror for decades now, so to think they wouldn’t do something like this is ludicrous.

Gladio and its “stay-behind” networks may be one of the most historically “accepted” or “confirmed” examples of false-flag terrorism. The documentation, the resolutions, confessions, and convictions all confirm that Gladio is much more than the media or government would have you believe—a mere “conspiracy theory.” See the State Department’s special site dedicated to dismissing “conspiracy theories,” including their page on Gladio.
Truth movers should take advantage of Gladio and the stay-behind networks as a confirmed precedent of the US and western governments participating in ruthless terrorist attacks against their own people in order instill fear, control the population, and frame left-wing political opponents. People who believe that such things do not or cannot happen should be forcefully made aware of such examples as Operation Gladio. (Source)