726 people are talking about this
Twitter Ads info and privacy
If you don’t remember “activist” Peter Boykin, he is the founder of Gays for Trump, he’s openly transphobic, and considerably racist! It turns out he is also bringing some Wheat Thin like intellect to a serious conversation. Like most #MAGA assholes and self-described “free market” proponents, Boykin is under the delusion that you can divorce the context of things in broad ranging conversations about race and class and economics.

Alexandria Ocasio-Cortez ✔@AOC
Are you making the argument that the bondage, dehumanization, and enslavement of Africans as free labor for white landowners - a scheme upon which the American economy relied - equals good old-fashioned, free-market capitalism?

Because if so, I’m happy to consider your point.
Activist Peter Boykin #LGBexit Campaign Founder ✔@peterboykin
@AOC would make a good Frienemy

10K people are talking about this
Now, if Boykin’s argument is that American capitalism was and would still like to be utterly dependent on unfree labor, that’s one thing. But I suspect, as Rep. Ocasio-Cortez clearly does, that a lightweight opportunist like Boykin isn’t ready to step outside of his sophomoric attempt at being clever.

Alexandria Ocasio-Cortez ✔@AOC
· Mar 13, 2019
Are you making the argument that the bondage, dehumanization, and enslavement of Africans as free labor for white landowners - a scheme upon which the American economy relied - equals good old-fashioned, free-market capitalism?

Because if so, I’m happy to consider your point. 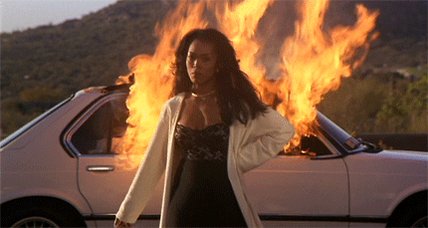 See MumsiMums's other Tweets
Maybe Boykin can read a book about the mythology he wants to perpetrate. As professor of History at NYU and author Greg Grandin put it in the The Nation a few years ago:

Despite all this scholarly work, each generation—from W.E.B. Du Bois to Robin Blackburn, from Eric Williams to Walter Johnson—seems condemned to have to prove the obvious anew: Slavery created the modern world, and the modern world’s divisions (both abstract and concrete) are the product of slavery. Slavery is both the thing that can’t be transcended but also what can never be remembered. That Catch-22—can’t forget, can’t remember—is the motor contradiction of public discourse, from exalted discussions of American Exceptionalism to the everyday idiocy found on cable, in its coverage, for example, of Baltimore and Ferguson.