‘This is where it ends for this president’: Michael Cohen friend predicts Trump’s ‘criminal enterprise’ will fall

As evidence that President Donald Trump’s businesses and other entities are the subjects of a range of serious criminal investigations, beyond even Special Counsel Robert Mueller’s probe, his allies are reportedly worried about his criminal exposure. One of the most damaging pieces of information to come out against the president thus far emerged when Michael Cohen, Trump’s former personal attorney, told a federal court that he violated campaign finance laws at the direction of his former employer.
Donny Deutsch, an advertising executive and a friend of Cohen, predicted Tuesday on MSNBC that Trump’s problems are only going to get worse as the extent of his alleged criminality with regard to various entities is exposed.
“The Trump Organization has always been a dirty organization in every which way,” he said — a claim bolstered by his close relationship with Cohen, who was deeply involved in the president’s business. “You’re seeing the inaugural committee, you’re seeing the [New York] attorney general go after the charities. This is where it ends for this president. It is a criminal enterprise.”
Deutsch also predicted that prosecutors will use the Racketeer Influenced and Corrupt Organizations Act to prosecute Trump-linked crimes, a law that was designed to go after organized crime bosses. However, some legal experts are skeptical that officials would seriously pursue this strategy. Ken White, a former federal prosecutor, has frequently argued that it is extremely unlikely that the government will use RICO to go after Trump and his related entities.
Watch the clip below: 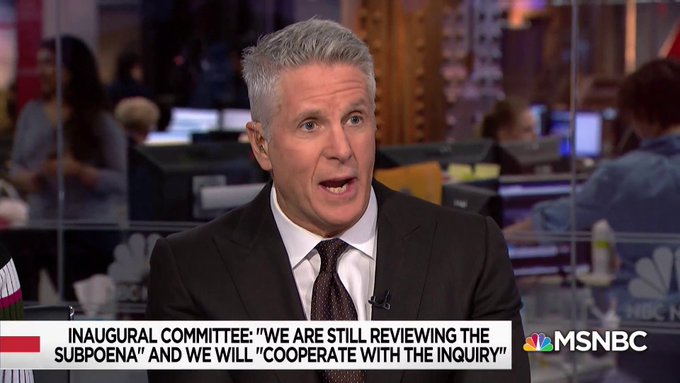 Deadline White House ✔@DeadlineWH
"The Trump Org has always been a dirty organization… You see the inaugural committee, the NY Attorney General [going] after the charities, this is where it ends for this president. It is a criminal enterprise..." - @DonnyDeutsch w/ @NicolleDWallace
1,471
3:39 PM - Feb 5, 2019