The Zionist Jew Richard Spencer Keeps Saying He is a Bolshevik

Addressing a question about whether or not he is a Bolshevik or an anti-working class elitist, Richard Spencer recently replied:

Yeah, I’m a crypto Bolshevist. I am not a conservative.”

He was being serious.
However, Richard is not exactly a “crypto” Bolshevik, as he has stated his true ideology on a number of occasions.

And we are a kind of revolutionary movement that is analogous to the Bolsheviks.

I have documented other instances of Richard expressing his political beliefs on my show on Renegade, but do we really need any more proof? Just look at his ex-wife, who was the translator for National Bolshevik Alexander Dugin.
Nina can be seen here wearing the cross of St. George, given by the Russian state as an honor, while she and Richard relaxed by the lake with former First Lady Laura Bush.
Laura’s husband, George W. Bush, was likely around somewhere. Maybe he is the one who took the picture. He was the president for the NeoCon cabal, and everyone here should know that the jewish NeoCons started out as Trotskyites (ie, Bolsheviks).
So why exactly is a Bolshevik a leading figure in the struggle for White rights? Well, as Lenin said:

The best way to control the opposition is to lead it ourselves.”

Unfortunately Richard Spencer is not alone in his promotion of Bolshevism to awakening Whites. We are infested with people who promote Alexander Dugin, and even openly espouse National Bolshevism, like Eric Striker and his TRS buddies. 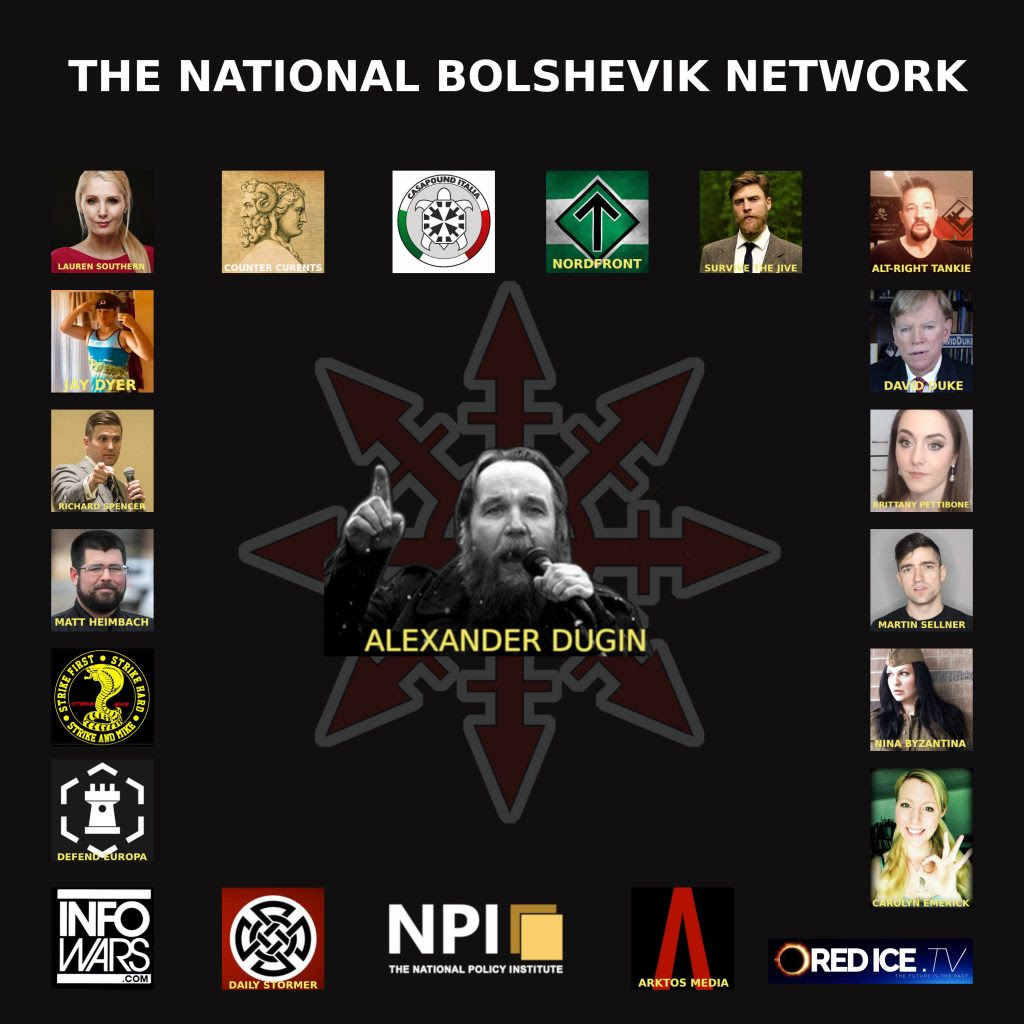 I should not have to explain why Bolshevism, which at its very core is jewish, should never be promoted within our circles. The red revolutionaries raped, tortured, and murder countless millions of our people before, during, and after WWII. Any people associated with Bolshevism should be considered our eternal enemies.
If you would like to further investigate this growing threat to our very survival, please watch MAGA Opus: Rise of the NazBols.
FacebookTwitterSubscribe
bolshevik richard spencer