It’s true: Most Americans are in favor of higher taxes on the rich

“Who else is tired of an economy and a tax code that benefits the wealthy and corporations while working Americans are left behind?” the national economic justice movement Tax March asked on Wednesday. According to recent polling, the answer is “Most Americans.”

Tax March ✔@taxmarch
Who else is tired of an economy and a tax code that benefits the wealthy and corporations while working Americans are left behind?

Because we certainly are. #TaxtheRich
Robert Reich ✔@RBReich
While millions of ordinary Americans are seeing their tax refunds shrink, some of the largest corporations in America -- including Amazon -- are paying nothing in federal taxes. 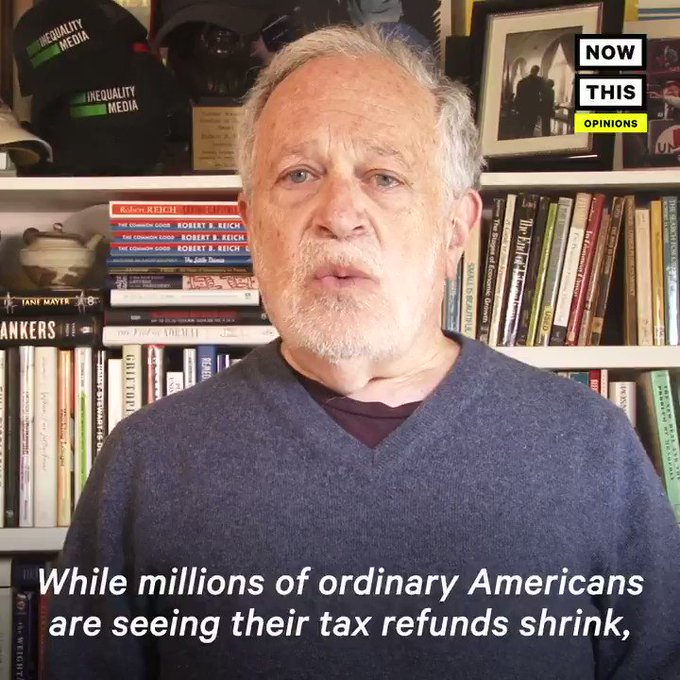 61 people are talking about this
A poll this month by the New York Times and Survey Monkey showed that most Americans from across the political spectrum support “tax the rich” proposals like the ones put forward by Sen. Elizabeth Warren (D-Mass.) and Rep. Alexandria Ocasio-Cortez (D-N.Y.), with nearly two-thirds of Americans saying that the current economic system—in which the richest 0.00025 percent of the population now owns more wealth than the bottom 60 percent—is immoral.
View image on Twitter 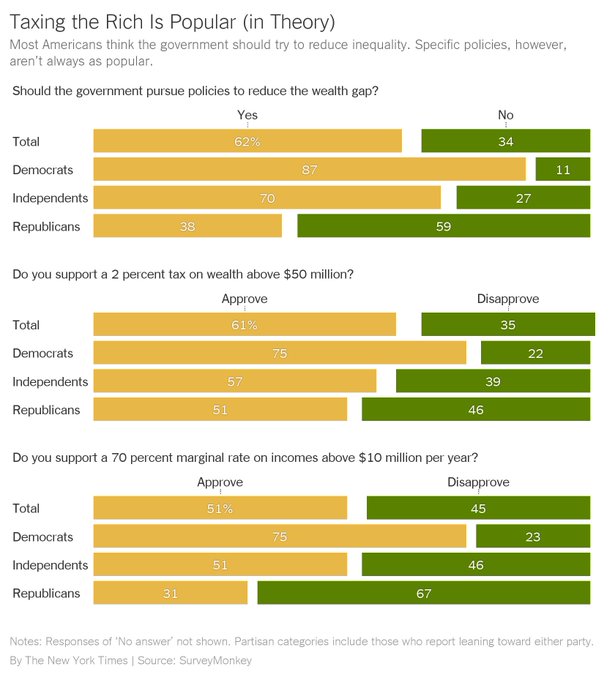 Ben Casselman ✔@bencasselman
Democrats want to tax the rich. Voters -- including a significant number of Republicans -- are largely cheering them on.
With @jimtankersley
Data from @SurveyMonkey https://www.nytimes.com/2019/02/19/business/economy/wealth-tax-elizabeth-warren.html …
3,681
6:15 PM - Feb 19, 2019


“They’re not paying their fair share,” Fred Wood of Williamsport, Pennsylvania told the Times. “It’s just not right when folks cannot afford healthcare.” Warren’s plan to levy a two percent tax on the assets of Americans with more than $50 million has proven popular, with 75 percent of Democrats and more than half of Republicans supporting the proposal. The “Ultra-Millionaires Tax” would raise $2.75 trillion over a decade, according to economists advising Warren, and would partially be used to pay for the senator’s universal childcare plan.   “Across party lines, Americans want the very wealthiest families to pay their fair share so we can have an economy that works for everyone,” Warren told the Times. The newspaper’s polling also found that Ocasio-Cortez’s proposal to tax income over $10 million at 70 percent is popular with Americans—despite Republicans’ and centrist Democrats’ attempts to portray the idea as “unrealistic.” Fifty-one percent of respondents supported Ocasio-Cortez’s plan, including about a third of Republicans. The Times pointed out that the public has for decades believed that the government should force the wealthiest Americans and corporations to pay more in taxes—but that they have rarely been given the opportunity to vote for politicians who offer ambitious tax proposals. “This is about politicians catching up to where Americans have been,” political scientist Leslie McCall told the Times. The poll results followed Sen. Bernie Sanders’s (I-Vt.) Tuesday announcement that he was officially entering the 2020 presidential race. As part of his argument for his candidacy, Sanders noted that his condemnation of the outsize wealth of millionaires and billionaires was treated as “radical” by many during his 2016 campaign—but that his demand the richest Americans contribute far more to the common good has now gone mainstream.
in favor most americans taxing the rich true