US law enforcement officials became so alarmed by President Donald Trump’s behavior in the days after he fired FBI Director James Comey that they began probing whether he had been working for Russia against US interests, the New York Times reported Friday night.
The report cited unnamed former law enforcement officials and others familiar with the investigation.
It said officials considered both the possibility that the president was knowingly assisting Moscow and that he had unknowingly come under its influence.
They were also motivated by his reported statements during a May White House meeting with visiting Russian officials that he had fired Comey because “he was crazy, a real nut job.”The sources noted that Trump’s own admission that he fired Comey in May 2017 over his refusal to end the investigation into his campaign’s possible ties to Russia was one of the motivations for the probe into the president’s personal ties to Moscow.
Special counsel Robert Mueller took over the personal investigation of Trump when he was appointed soon after Comey’s firing. The Times said it was unclear whether Mueller was still pursuing it. 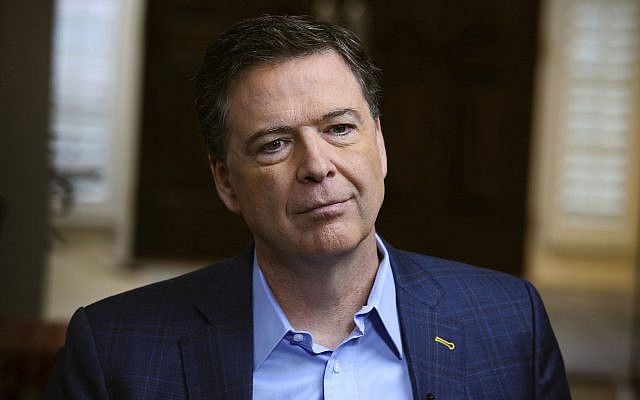 In this image released by ABC News, former FBI director James Comey appears at an interview with George Stephanopoulos set to air during a prime time “20/20” special on April 15, 2018 on the ABC Television Network. (Ralph Alswang/ABC via AP)
Trump’s lawyer Rudy Giuliani told the Times that he had no knowledge of the inquiry but said that since it was opened a year and a half ago and they hadn’t heard anything, apparently “they found nothing.”
Mueller is believed to be investigating whether Comey’s firing and other actions amount to obstruction of justice by the president.
Comey recently attacked the president for telling “lies” and undermining the FBI’s reputation and the rule of law.
Comey spoke after a spurt of anti-FBI tweets from the president in December alleged that the investigative body abused its powers in probing his former personal lawyer Michael Cohen and his former national security adviser Michael Flynn. 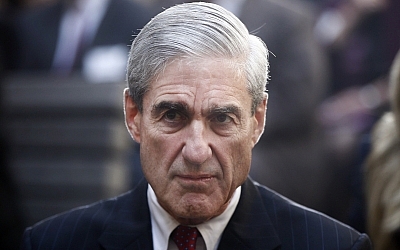 Former FBI Director Robert Mueller at an installation ceremony at FBI Headquarters in Washington, October 28, 2013. (Charles Dharapak/AP)
Cohen and Flynn have both been convicted for various crimes as part of the Russia probe and have both offered evidence potentially damaging to their former boss.
“The FBI’s reputation has as taken a big hit because the president of the United States, with his acolytes, has lied about it constantly. In the face of those lies, a whole lot of good people… believe that nonsense,” Comey told reporters in the halls of the US Senate on December 17.
“People who know better, including Republican members of this body, have to have the courage to stand up and speak the truth.”
The White House press secretary, Sarah Huckabee Sanders, called the Times’ report “absurd” and said Comey was fired for being “a disgraced partisan hack.” She also disputed that Trump had ever been soft on Russia.
“Unlike President Obama, who let Russia and other foreign adversaries push America around, President Trump has actually been tough on Russia,” Sanders said.
FBI firing james comey president probed report russian agent