Showing posts from January, 2019
Show all

- January 31, 2019
https://www.jpost.com/Diaspora/ISIS-supporter-planned-attack-on-Ohio-synagogue-579270?utm_source=newsletter&utm_campaign=21-2-2018&utm_content=isis-supporter-planned-attack-on-ohio-synagogue-579270 A man was indicted on a federal hate crime charge for planning a mass shooting at a synagogue in Ohio, the Associated Press reported on January 30. Damon Joseph, 21 from a suburb of Toledo, was partly  inspired by the deadly attack at the Tree of Life Synagogue in Pittsburgh . Joseph is additionally charged with trying to provide material support to ISIS. Joseph did not pose an immediate threat to the public, according to the investigators. However, he spent months talking about and planning for an attack. He was under investigation for several months by the FBI, and was arrested after receiving two AR-15 rifles from an undercover agent. Court documents revealed that Joseph tried to choose which synagogue to attack based on "which one will have the most people, wha
Post a Comment
Read more

- January 31, 2019
https://www.rawstory.com/2019/01/donald-trump-brought-end-marriage/ As I made plans to participate in my third Women’s March in January, there had been one big change in my life this time around: I was no longer living with my husband. Last fall, after 24 years of marriage and almost two years of dealing with the aftermath of the devastating 2016 election, I decided I could not live with this person anymore. Why? Because, while the results of the election were devastating for me, they were not for my husband. He voted for Donald Trump, and he has continued to support him. So as a staunch liberal and a frequent Trump protester, I had to do something. Over a couple of months, I began to look for a full-time job to support myself. I toured apartment complexes in our area, I ordered new furniture on my credit card, and I began the process of moving my life to a new place—without him. I moved out of our house of 20 years during the last weekend in October and into an apartme
Post a Comment
Read more 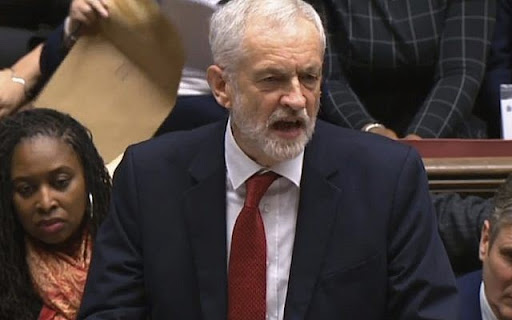 https://www.timesofisrael.com/uk-jews-face-perfect-storm-with-new-wave-of-far-right-extremists-radical-left/?utm_source=The+Daily+Edition&utm_campaign=daily-edition-2019-01-31&utm_medium=email LONDON — Britain’s far right has never been so politically weak, fractured or disorganized. The British National Party – whose leader, Nick Griffin, once  warned  against the “unholy alliance of leftists, capitalists and Zionist supremacists” which had conspired “with the deliberate aim of breeding us out of existence in our own homelands” – is now a spent force. A decade after winning nearly a million votes and seats in the European Parliament and London Assembly, the far right is now “almost extinct,” in the words of the anti-extremist organization Hope Not Hate. “Organizationally,” Hope Not Hate  suggested  in its annual report last year, “the movement is weaker than it has been for 25 years. Membership of far-right groups is down to an estimated 600-700 people.” That threat
Post a Comment
Read more

Despite star power, boycotting Israel has little appeal in the UK

- January 31, 2019
https://www.jta.org/2019/01/30/global/despite-star-power-boycotting-israel-has-little-appeal-in-the-uk?utm_source=JTA%20Maropost&utm_campaign=JTA&utm_medium=email&mpweb=1161-8643-19708 ( JTA ) — The British branch of the Boycott, Divestment and Sanctions movement against Israel possesses a weapon matched by few other affiliates: star power. More than any of its international counterparts, BDS UK enjoys the support of renowned musicians like Roger Waters, Brian Eno, Peter Gabriel, Richard Ashcroft and Jarvis Cocker, whom boycott activists like to parade in various petitions. Also on board are eminent filmmakers like Ken Loach and Mike Leigh, and even the celebrated actress Julie Christie has signed on. (On Tuesday, several of those stars signed yet another  petition , urging the BBC to push for the 2019 Eurovision song contest to be moved out of Israel, which they accuse of employing “apartheid” policies.) The pro-Israel camp has its own British celebrity advoca
Post a Comment
Read more
More posts