Showing posts from November, 2018
Show all

https://www.rawstory.com/2018/11/michael-cohen-reaches-plea-deal-mueller-hell-offer-new-testimony-potentially-damaging-trump-report/ Former Trump “fixer” Michael Cohen has reached a new plea deal with special counsel Robert Mueller in which he will offer “potentially damaging” testimony against President Donald Trump. According to ABC News’ George Stephanopoulos, Cohen will plead guilty to making false statements to Congress during past testimony, and he will then provide “dozens of hours of testimony” that is “potentially damaging” to the president. While it’s not clear what testimony Cohen will provide, Stephanopoulos says that the special counsel’s office finds the information he’s offering valuable. GeorgeStephanopoulos ✔ @GStephanopoulos Michael Cohen, Pres Trump’s former personal attorney, reaches new plea deal with Mueller this morning. Expected to enter guilty plea for false statements to Congress coupled with dozens of hours of testimony
Post a Comment
Read more

Donald Trump may have just lied his way into prison

- November 30, 2018
https://www.alternet.org/donald-trump-may-have-just-lied-his-way-prison?src=newsletter1098282 Pay close attention to the front page story in  Wednesday’s New York Times  about Paul Manafort’s lawyer cooperating with Trump’s lawyers. It may well prove to be very important news just a short way down the road. This story first appeared at DC Report. Bob Somerby at The Daily Howler, among others, has  poked fun at the piece  since it basically has one key new fact, not the torrent of them we find in so many other important stories about Trump White House intrigues. Its sole named source is Rudy Giuliani, Trump’s television lawyer. Giuliani acknowledged that information gleaned from Manafort’s meetings with FBI agents and prosecutors as a cooperating witness was being passed to Team Trump by Manafort lawyer Kevin Downing. That one fact could well doom Trump’s presidency and perhaps land Trump and others behind bars. As The Times notes, there is nothing illegal about what Down
Post a Comment
Read more

The White Freemason and Zionist Rand Paul: Aid to Israel should be ‘limited in time and scope’

- November 30, 2018
https://www.jta.org/2018/11/28/news-opinion/rand-paul-aid-israel-limited-time-scope?utm_source=JTA%20Maropost&utm_campaign=JTA&utm_medium=email&mpweb=1161-7183-19708 WASHINGTON ( JTA ) — Sen. Rand Paul acknowledged that he had  placed a hold on major funding legislation for Israel , saying he wanted time limits on assistance to the Jewish state. The Kentucky Republican also said he wanted cuts in aid to countries he says are hostile to the United States. “While I’m not for foreign aid in general, if we are going to send aid to Israel it should be limited in time and scope so we aren’t doing it forever, and it should be paid for by cutting the aid to people who hate Israel and America,” Paul’s office said in an statement emailed Tuesday to the media. Paul said he planned to introduce an amendment to the legislation, the United States-Israel Security Assistance Authorization Act of 2018, in coming days. The bill codifies into law the $38 billion defense aid package
Post a Comment
Read more

Former SS Guard Charged with Being Accessory to over 36,000 Deaths

https://dailyarchives.website/index.php/reports/2124-former-ss-guard-charged-with-being-accessory-to-over-36-000-deaths?utm_source=WR-News+Campaign+1st&utm_campaign=4a8b6e1775-WR-News+Campaing+1st&utm_medium=email&utm_term=0_70e342152e-4a8b6e1775-48298879 A German federal court has charged a 95-year-old man for "being partially responsible for the deaths of thousands of people during the Second World War". The old individual, who has been identified only by his first name and surname initial (Hans H) for legal reasons, served as an SS guard at the Mauthausen concentration camp, in Austria. Although he was stationed there for only a brief period (second-half of 1944 to early 1945), the man has been accused of "being an accessory to the death of thousands of inmates". More specifically, he is accused of the deaths of a staggering 36,223 people. Mauthausen was a relatively small camp.  The federal prosecutor said that Hans H, who served in as an
Post a Comment
Read more

- November 30, 2018
http://www.renegadetribune.com/jewish-americans-sue-airbnb-over-west-bank-listing-ban/ Renegade Editor’s Note : I hate the term “Israeli-American,” especially since it was dual-citizens who formed PNAC and then carried out the 9/11 attacks. ( MEMO ) A group of Jewish Americans sued Airbnb Inc on Wednesday in US federal court, accusing the home rental company of religious discrimination over its decision last week to remove listings for about 200 homes in the Israeli-occupied West Bank,  Reuters  reports. The 18 plaintiffs, including Israeli-American families and individuals who said they own or wish to rent affected homes, accused Airbnb of “redlining” Jewish-owned properties while letting Muslims and Christians rent their homes. They said this effectively left Airbnb taking sides in the dispute over the West Bank, where Palestinians hope to establish an independent state and which Israel captured in 1967, along with East Jerusalem. “We don’t believe this lawsuit will succ
Post a Comment
Read more 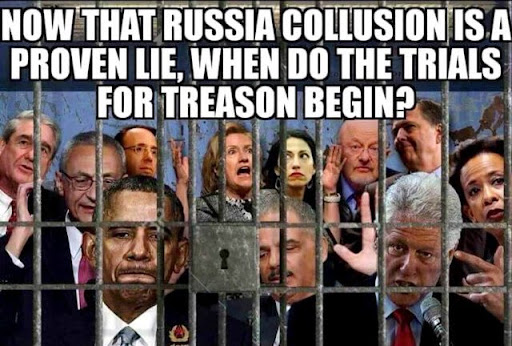 https://www.rawstory.com/2018/11/trump-promotes-fan-account-image-fantasizing-jailing-mueller-rosenstein-treason/ President Donald Trump retweeted four posts in a row from a fan account, including an image showing Barack Obama, deputy attorney general Rod Rosenstein and special counsel Robert Mueller in a jail cell for “treason.” The president fired off a tweet Wednesday morning bitterly complaining that Mueller was pressuring “at least 3 major players” to plead guilty in the Russia probe, and then shared four tweets in quick succession from “The Trump Train” account, which his account does not follow. View image on Twitter The Trump Train  @The_Trump_Train 50.6K 1:53 AM - Nov 28, 2018 31.2K people are talking about this Twitter Ads info and privacy Two of the posts made  false claims  about undocumented migrants — described as “illegals” — and another attacked General Motors for shutting down plants after receiving
Post a Comment
Read more
More posts