Showing posts from October, 2018
Show all

Lemon: “We Have to Stop Demonizing People and Realize the Biggest Terror Threat in This Country is White Men” 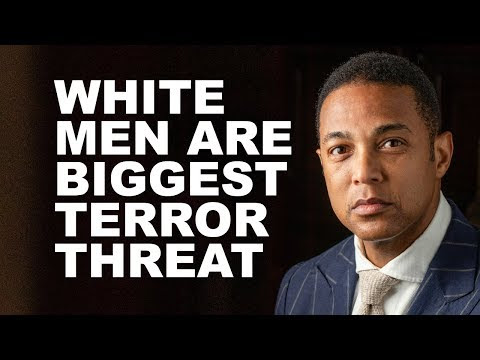 http://www.renegadetribune.com/don-lemon-we-have-to-stop-demonizing-people-and-realize-the-biggest-terror-threat-in-this-country-is-white-men/ https://youtu.be/7cUFa9cxl_0 In the same breath Don Lemon calls to stop demonizing people then labels white men as the biggest terror threat to the USA. Most of them radicalized to the right, “we have to start doing something about them”.
Post a Comment
Read more

- October 31, 2018
http://www.renegadetribune.com/the-media-is-reporting-that-some-in-the-2nd-migrant-caravan-have-guns-and-bombs/ Renegade Editor’s Note : As always, posting pieces like these does not mean I endorse the author or the views expressed. By  Michael Snyder A second migrant caravan has been attempting to breach Mexico’s border with Guatemala, and the media is reporting that some migrants in that second caravan are armed with “guns” and “bombs”.  This is a very serious claim, and it needs to either be confirmed or retracted, because it is not helpful to have unconfirmed reports spreading like wildfire on social media. There have been endless discussions about these migrant caravans on all the major news networks in recent weeks, and they are getting so much attention that they are almost overshadowing the midterm elections which are going to happen next week. And  if this latest report is true , concern about these caravans is certain to reach a fever pitch… The second group back
Post a Comment
Read more

- October 31, 2018
https://www.rawstory.com/2018/10/trump-rally-goer-spouts-wild-conspiracy-theory-msnbc-george-soros-controls-voting-machines/ Republican voter in Florida told MSNBC on Wednesday that she had cast her ballot early to protect her vote from liberal billionaire George Soros, who she suggested controls “all” of the state’s voting machines. The woman, who was identified only as Catherine, made the remarks while speaking to MSNBC’s Ali Vitali at a Trump campaign event in Estero, Florida.' “First of all, I’m a Republican and I follow Donald Trump,” Catherine explained. “And I believe in all of his values. And I believe in his foresight for the United States of America. And I’m hoping to keep the Republican Party strong so that we can continue on to 2020.” “And also I want to say, I did paper voting because I don’t trust George Soros,” the woman added, “who has funded all of these voting machines. I believe them to be corrupt. And so I feel more confident with the paper vote, whic
Post a Comment
Read more

https://dailyarchives.org/index.php/news/1827-1-400-white-dutch-girls-sex-trafficked-every-year-by-nonwhite-invaders-police-admit?utm_source=WR-News+Campaign+1st&utm_campaign=894471784b-WR-News+Campaing+1st&utm_medium=email&utm_term=0_70e342152e-894471784b-48298879 At least 1,400 white Dutch girls are sex-trafficked every year by nonwhite “immigrants” from Morocco, Turkey, the Caribbean and Gypsies from Eastern Europe, police in the Netherlands have admitted. ( The New Observer ) News of the scandal has emerged after a joint peroration between police and “Watch Nederland,” one of the Dutch government’s Department of Social Welfare organizations, the Center against Child Abuse and Human Trafficking (“Centrum tegen Kinderhandel en Mensenhandel”) was reported by the Dutch newspaper Algemeen Dagblad. The investigation showed that the nonwhites first groom the girls to be their sexual partners, and then film themselves having sex with the girls. The videos are then
Post a Comment
Read more 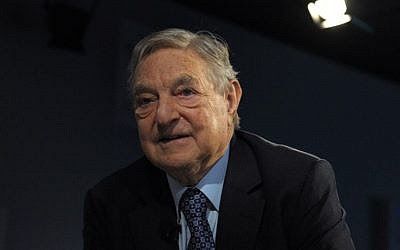 https://www.timesofisrael.com/spreading-conspiracy-theory-trump-points-finger-at-soros-over-migrant-caravan/ US President Donald Trump repeated his accusation that Jewish liberal billioniare George Soros could be behind a migrant caravan moving toward the US border, a day after visiting the site of a synagogue where 11 people were killed by an anti-Semitic gunman incensed over Jewish support for migrants. Asked by a reporter outside the White House if Soros were funding the caravan, Trump responded “I don’t know who, but I wouldn’t be surprised.” “A lot of people say yes,” he added. On Sunday, Jewish billionaire Tom Steyer, a major donor to Democratic candidates, denounced as anti-Semitic a tweet by House Majority Leader Kevin McCarthy that accused him, Soros and Michael Bloomberg of trying to “buy” the upcoming elections for Democrats.Soros, who gives to liberal causes, has been a constant target of right-wing vilification, including from the president, some of which has dr
Post a Comment
Read more 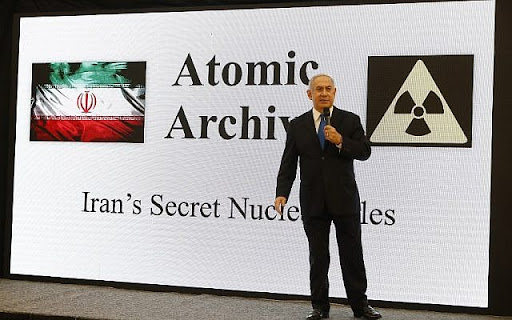 https://www.timesofisrael.com/tv-report-israel-silent-as-iran-hit-by-computer-virus-more-violent-than-stuxnet/?utm_source=Breaking+News&utm_campaign=breaking-news-2018-10-31-1953243&utm_medium=email Iranian infrastructure and strategic networks have come under attack in the last few days by a computer virus similar to Stuxnet but “more violent, more advanced and more sophisticated,” and Israeli officials are refusing to discuss what role, if any, they may have had in the operation, an Israeli TV report said Wednesday. The report came hours after Israel said its Mossad intelligence agency had thwarted an Iranian murder plot in Denmark, and two days after Iran acknowledged that President Hassan Rouhani’s mobile phone had been bugged. It also follows a string of Israeli intelligence coups against Iran, including the extraction from Tehran in January by the Mossad of the contents of  a vast archive  documenting Iran’s nuclear weapons program, and the detailing by Prime Minis
Post a Comment
Read more

- October 31, 2018
https://www.alternet.org/news-amp-politics/rudy-giulianis-repeated-travel-russia-and-former-soviet-countries-while-serving?src=newsletter1097524 Rudy Giuliani has had many identities in his time on the public stage. A crusading federal prosecutor who struck terror in mobsters and Wall Street titans alike. A sometimes-cantankerous New York City mayor who became a national hero for his stirring leadership after the 9/11 attacks. And, currently, President Donald Trump’s unpaid attorney in the Russia collusion investigation being led by Robert Mueller. In  this week’s episode  of “Trump, Inc.,” we’re digging into a part of Giuliani’s work that has occurred largely outside of the spotlight: He has often traveled to Russia or other former Soviet states as guests of powerful players there. And since Trump was elected, he appears to have stepped up the frequency of those trips. Just last week, for example, Giuliani appeared in the former Soviet republic of Armenia, which has close tra
Post a Comment
Read more

- October 30, 2018
https://www.rawstory.com/2018/10/indiana-woman-says-feels-better-leaving-racist-note-new-neighbors-released-anger/ A 63-year-old Indiana woman was arrested after leaving a racist letter aimed at a black child on the door of her new neighbors’ home — and she’s been barred from contacting them again. Deborah Cantwell was charged with misdemeanor counts of intimidation and criminal mischief, and she was then hit with a protection order stating that “stalking has occurred” and told to stay away from her new neighbors,  reported the  Kokomo Tribune . The husband and father of the family told police just after 1 a.m. Oct. 13 that his family’s newly purchased Greentown home had been toilet-papered, and he found a racist letter on the door aimed at his son. “No N*ggers wanted in this neighborhood-THIS IS A WHITE NEIGHBORHOOD-some people find N*GGERS Stressful,” the letter read. “YOUR N*GGER KID IS NOT WELCOME.” “YOU CAN SELL YOUR HOUSE AND MAKE MONEY ON IT RIGHT NOW,” read t
Post a Comment
Read more

- October 30, 2018
https://www.alternet.org/trump-says-he-will-end-right-citizenship-birth-american-children-immigrants?src=newsletter1097481 President Donald Trump says he is going to sign an executive order to end birthright citizenship: the right of children born to immigrants in the U.S., legally or not, to be American citizens at birth. "It was always told to me that you needed a constitutional amendment. Guess what? You don't,"  Trump told Axios  in an interview published Tuesday morning. "You can definitely do it with an Act of Congress. But now they're saying I can do it just with an executive order." The stripping away of rights granted by the U.S. Constitution would be among President Trump's most virulent attacks on immigrants – and the U.S. Constitution – ever. Many believe President Trump, who, unlike his predecessor is not a constitutional scholar, or even an attorney, is absolutely wrong and cannot essentially line-item veto the Constitution. Bu
Post a Comment
Read more

Dave Chappelle Urges White Idiots Americans to Take Responsibility For Trump: He Get 'Too Much Credit' 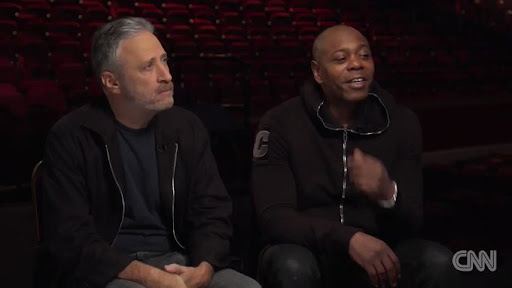 https://www.alternet.org/news-amp-politics/dave-chappelle-jon-stewart-russia-racist?src=newsletter1097481 This week, comedian Dave Chappelle sat for an  interview  on CNN at the Royal Albert Hall in London alongside Jon Stewart to discuss his thoughts on the Trump presidency, nearly two years since his election. One of his key points: we should not blame Trump, or Russia, or anything else for the deep-seated racism that — at the end of the day — drove many people to vote the way they did. "Even when they say that Russia influenced the election, it's kind of like, is Russia making us racist? Is that who's doing it?" said Chappelle. "Oh OK, oh my God, thank goodness — I thought it was us." "If they killed the country that way then we're the murder weapon," Chappelle added. Trump, he said, gets "too much credit" for the hate in American politics. "He's not making the wave, he's surfing it." Watch below:
Post a Comment
Read more
More posts